What’s the capital of Minnesota? No, it’s not Minneapolis. Yeah, you know how the biggest city in a state is often not the capital? It’s the same here. Doesn’t anyone learn state capitals in school anymore?

It was quite the adventure. First we parked at the wrong lot (there’s a south and a north lot, who knew? Oh wait, the hiking book we were using mentioned that.). Then, we skipped the trail that we needed to go on (I did try to convince them to go on the correct path, but my brother just blew off what I was saying and told me to stop worrying). Eventually we got where we wanted to go: the steps and the falls.

It appears that the WPA did more than built a large stone staircase up the river bluff – there was a large stone fire ring, and the falls and stream had stone walls. Even the bed of the stream had been altered with stones cemented into place preventing natural erosion from occurring. It was quite pretty, but the size of the falls wasn’t very impressive, especially given the low water level.

There are lots of trees like this one along the river. Yay effects of flooding? 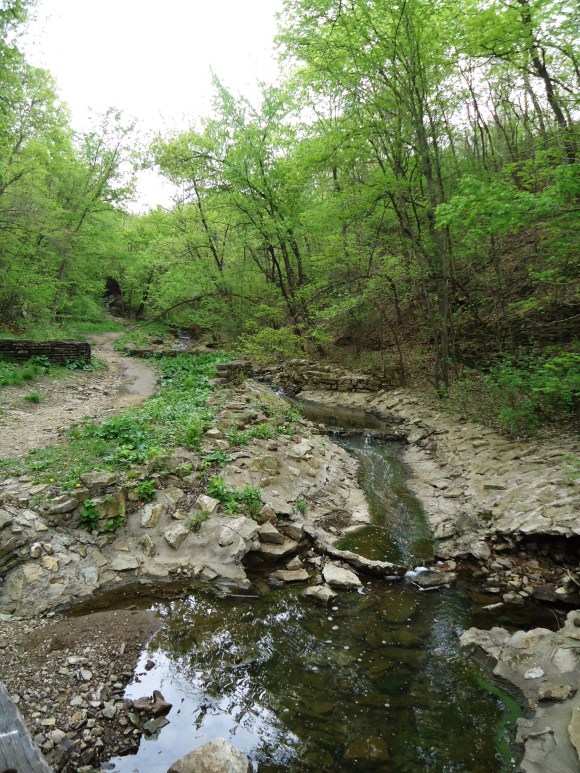 This was toward the end of the obvious WPA work. 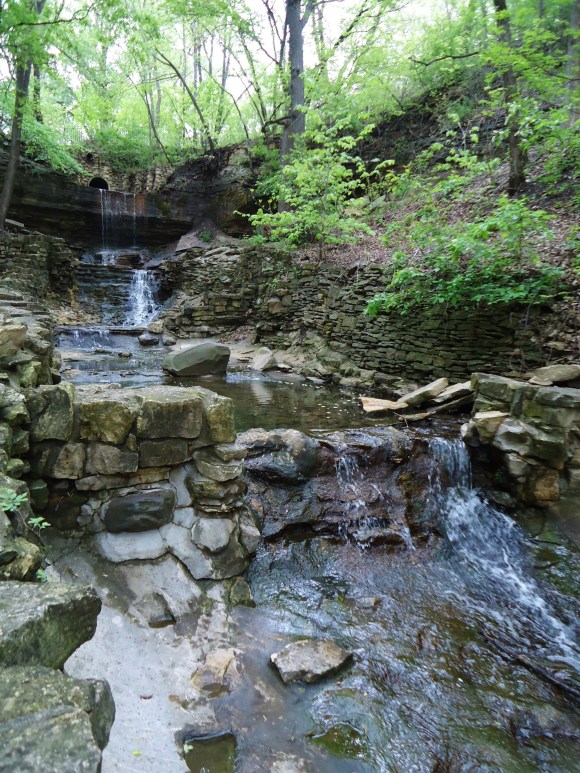 There isn’t much water this year because we barely got any snow this winter. I hope I get to see these falls when there is a lot of water running over them – they’ll still be small, but they’d definitely be more impressive.

My brother ran up the staircase.

The stairs could use some TLC. This was a landing toward the top of the staircase.

I know, you’re probably sick of the stairs.

It doesn’t really show from these photos how awesome this staircase was. I do wish it got a little more upkeep and maybe got a plaque or two explaining when and why it was built.

Lastly, this was my attempt to make part of the falls look much bigger than they are. Not particularly successful, but I tried.

I wish I had a better camera. If only I didn’t have a bunch of student debt hanging over me…